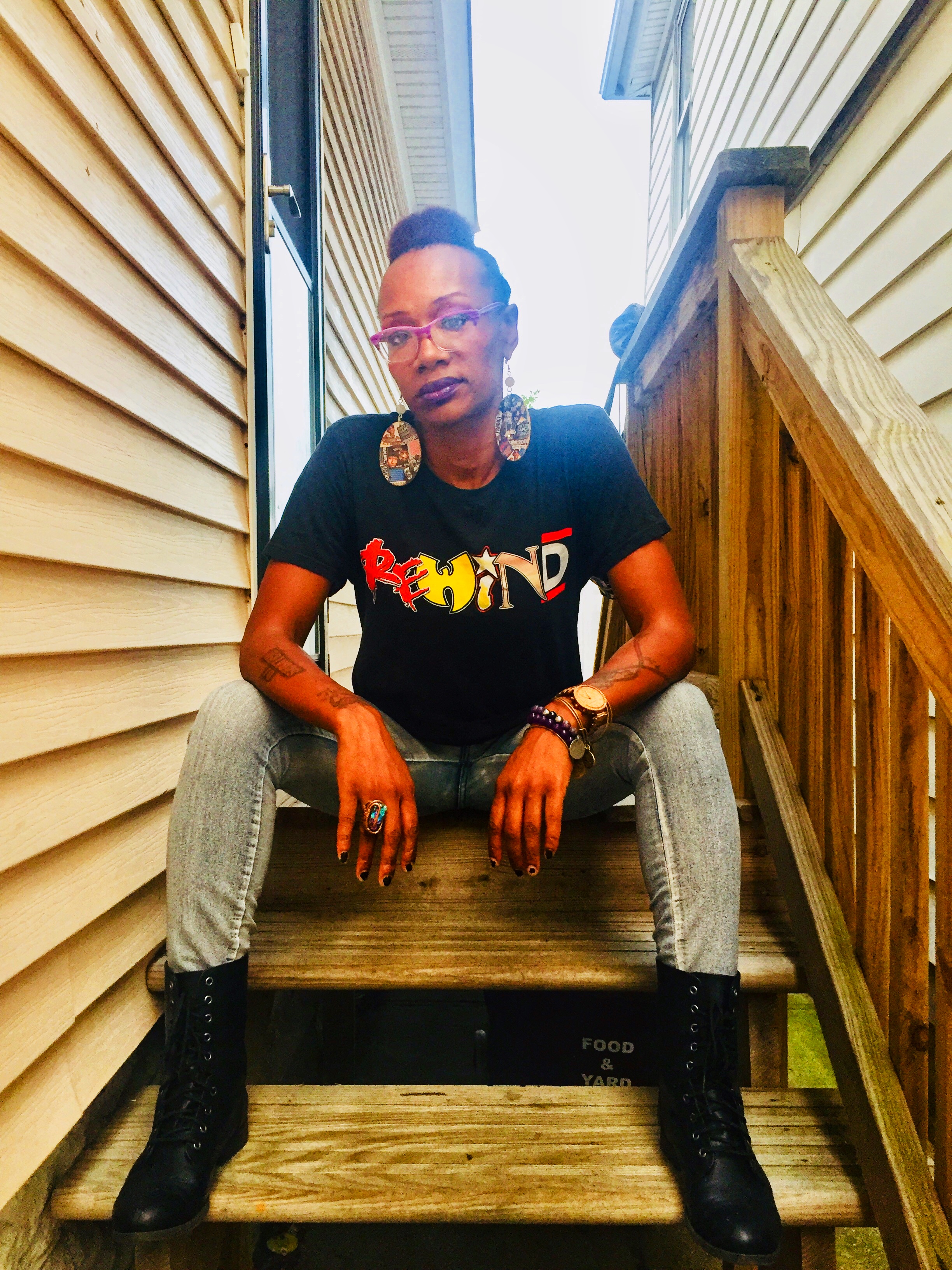 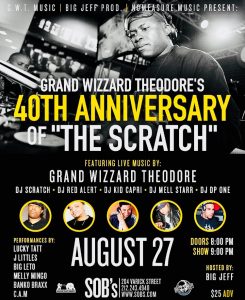 I Love Hip Hop so much its like the I.V received at the hospital when you’re dehydrated due to the drainage from the sun in this Summer 18 Heat! Something about it feeds my soul. I’ve always been a Lover of Music in general, so anytime I get to hear it Live and in Person, and among Legends, it’s a feeling only a true Hip Hop Junkie can Understand. When I was young, my mom had a basement apartment and the teenager on the 1st floor; he is who introduced me to Turntables. I remember one night hearing him get screamed on for scratching up his mothers’ (our landlady) records. It didn’t stop him though. I loved watching him. His hand movements on the vinyl causing the song to be manipulated into an entire new sound. FRESH! 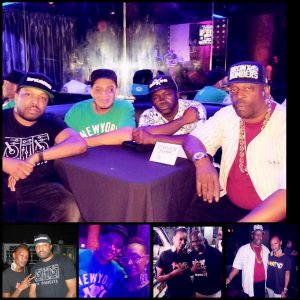 Recently I was able to attend a celebration that was so Dope, its taken me a few weeks to put it into words! The “4oth Anniversary of THE SCRATCH.” It was more like a party and in honor of GRAND WIZZARD THEODORE, who is the creator of the Legendary Technique. THE SCRATCH isn’t a skill everyone can do. You have to be a confident DJ to attempt it. You have to be a real Turntablist in order to perfect it. You can’t really call yourself a DJ, in my opinion if you can’t Scratch to a certain degree. This is probably why I’m just a DopeAss DJ in my Head, Ha!

I arrived at SOB’s (204 Varick St, NYC) in full HIPHOP form. I had on my REWiND T-shirt (by @DJSpinbad, designed by @DJAveenNYC), along with my MOBB DEEP earrings (by @Odarainternational) and walked into a room filled with Legends blended with regular Hip Hop Heads. It was a warm feeling because it felt like family had come together to have a good time For The Culture. For me, I’m always in Awe to be able to meet, greet and take pictures with Legendary DJ’s who I have watched and followed for most of my life. I am happy to have been born during the era of Hip Hop. 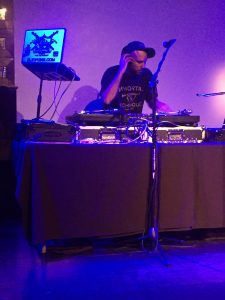 The opening DJ was someone I wasn’t familiar with at 1st but he was real good. DJ DP One showed us some of his skills as he scratched LL Cool J’s “Momma Said Knock You Out” Beast Mode style. I became an instant fan. Later on I found out he was also a B-Boy when he got busy on the dance floor. *Check out this link if you want to see him scratch: https://youtu.be/qPvZBix5-ec

Big Jeff (@BigJeffZulu) was our host for the evening and he welcomed a few up and coming performers, one of which had lyrical skills. He goes by the name of J.Littles (@JDotLittles), pictured with me above. After J. performed, Big Jeff gave a quick bio of the Legend who was ready to step on stage. As part of the stalling to allow him time to set up, Big Jeff had us go into a rendition of LaDi DaDi. And, We went in, too. 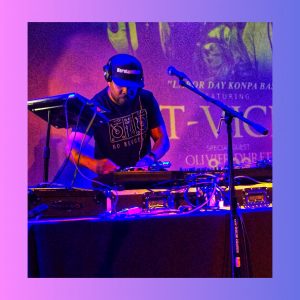 As (one of) my Favorite DJs of All Times got set up I took notice he didn’t have a laptop. That alone made me hype because I knew we were in for a real classic lesson on ‘Turnbablism’. I’d say I’m one of his #1 Fans and supporters. I believe his hands have been designed with a Last Dragon Glow. Legendary Kool DJ Red Alert has even said, DJ SCRATCH is Not Human. You don’t have to see him in Real Life rock the 1’s and 2’s to know this to be a fact. You can hear him weekly on WBLS (107.5 NYC) but better than that, you can catch him on his OWN Radio Station, SCRATCHVISION (www.Scratchvision.com) Whether on the web or by downloading the app.

DJ Scratch started his set by 1st giving props to everyone who’d touched the stage before him, especially the artist. He said it was a learning experience for them that he didn’t have coming up in Hip Hop. He said when his music Heros, like Grand Wizzard Theordore acknowledge him, that’s when he knows he has made it. Not by the money or the fame. Grand Master DJ Scratch started us off by playing one of his mothers’ favorite records. As he warned, to no one in particular to,

“Be careful, All Vinyl. Be Careful. Don’t make the Record Jump.” 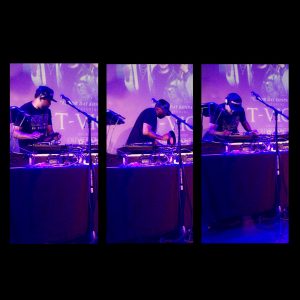 Jam Master, DJ Scratch played Original records he had of some of our favorite Rhythm and Blues Classics. The sound was Crisp and Clear. *sidebar: Although this wasn’t the case, I also appreciate the sound of crackling when a record spins.* Some of the songs he played had been sampled to make a lot of my favorite classic Hip Hop jawns . As he played record after record, DJ Scratch’s fingers never stopped moving precisely over each vinyl. He gave us 30 minutes of true enjoyable music. He even showed us some of his scratching skills. The music DJ Scratch spun reminded me of my younger days in Brooklyn as my Grandmother would start Saturday morning off with some of her favorite R&B hits. Then my uncles would pop a tape into their tape decks when they woke up which would have a variety of these same tunes he was spinning but in Hip Hop form…

Click this link to watch 30mins of him going in: https://youtu.be/T3iFY3UNXSA

The Turntable Whisperer showed us what he called, “Having Fun”, as he went in on some scratching moves. Then he showed us a routine that requires perfected skills, steady hands and a watchful eye. I think your reflexes have to be on point too. I don’t know. What I DO Know is, Not everyone can Master it! It’s not something everyone can do no matter how much they practice. I know Legends who have been DJ’ing for decades who can’t do it! THE NEEDLE DROP – This technique was also created by the One and Only, Grand Wizzard Theodore. DJ Scratch showed us many ways of Needle Dropping WITHOUT MARKING THE POINT OF DROP. He did the “Pancake” which requires you to flip the record over and still have the need drop on Que at the right mark. He also showed us how fast his hands were. Then by doing some moves to LL Cool J’s “Rock The Bells” he showed us why he is a Legendary Award Winning, Dope Ass ScratchMaster, Grand Master, CEO, Turntablist. And just as we had started, he ended us off with LaDi DaDi as the music faded out. *wipes sweat* Yo! I don’t think I blinked the entire 50+mins he was on stage.

I’ve decided to share this link below so you can see what I saw because you have to see it to believe it. I seen smoke come from the turntables. Maybe it was just me but check this out- The Needle Drop: https://youtu.be/w7-Fgz09i3E 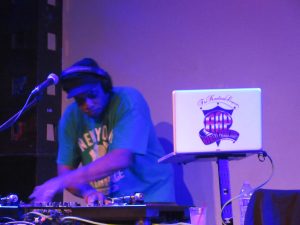 Next up was the Koolest Legend, Kool DJ Red Alert. This October (2018) will mark 35yrs he’s been on radio. It’s always a pleasure when I get to see him rock the 1’s and 2’s. He started us off with some “Feel-Good” sounds. Gwen McCrae’s “Rockin’Chair” started playing and then he blended Blayzay Blayzay’s “Danger” then grooved into some Tupac… Whenever I hear him spin, there’s never any doubt why he’s a Living Legend in Hip Hop and Radio. Uncle Red ended his set by giving a history on the 1st time he seen and heard Grand Wizzard Theodore spin. He mentioned seeing Grand Wizzard turning over a milk crate and stepping onto it in front of the turntables. Red questioned “Whose this little guy right here?” But said, when he heard him (spin) he was “Sold!” We all gave a round of applause. I love hearing stories of friendships that have lasted lifetimes.

Kid Capri was up and he went in on the turntables as well. He showed us his scratching techniques. Then he called DJ Scratch back on stage and they both went back and forth on the 1’s and 2’s collectively. They sounded like one person going in at times but you can also tell they have unique scratching abilities. It was almost too hard to keep up with the speed of their hands. See for yourself. Check them out: https://youtu.be/LtdmqzxxItU

While Kid Capri continued playing, a circle was formed for the B-Boys and B-Girls to bust some moves. Check this out: https://youtu.be/pAxNM19hqOA 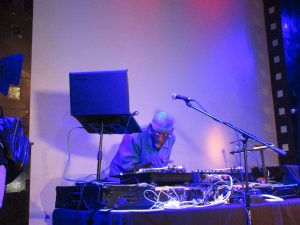 This DJ from Philly who I had only heard and read about but never seen Live, came on stage. I knew he was well known in Philadelphia and I was interested in hearing him. DJs from Philly never let me down. His name is Grand Wizard Rasheen. He has a style of his own. From what I’ve heard, he started out as a Dancer. He is also an Emcee which he showed us as he went in on the turntables. Old School Style. Here is video of him: https://youtu.be/-s4VKAsmu30 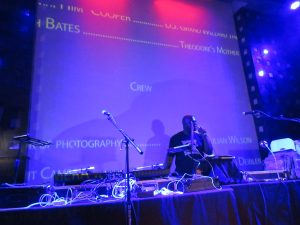 Last but not least, Grand Wizzard Theodore came on stage and Thanked the DJs for showing Love. He told us he put the Anniversary together, not to only shed light on him but to shed light on ALL DJs around the world. DJs who are doing something they Love. Those who do it to feed their families, or to put their kids through school. It was a heartfelt message for sure. Grand Wizzard Theodore then showed us a trailer for an upcoming, Netflix, 7 part series of his life. He said “I just think that its time for me to tell my own story.” I can’t wait for it. It’s called “ITCHING FOR A SCRATCH.” To end the night off, Grand Wizzard Theodore went in on the Turntables. I had never seen him in person get busy so I was excited to be able to catch it up close. Lucky for you guys, I captured some of it so here you go: https://youtu.be/imltXnXREfw 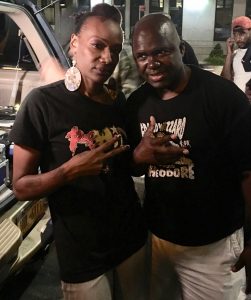 There are not many things that hold Longevity but when its something you LIVE, like HIP HOP you know there’s no doubt, it will be around forever. It comes in basic elements and many forms. I appreciate DJs who can bring music to me whether by blending songs together, scratching them or just playing songs that put me on a musical journey. ‘Learn to DJ‘ is something currently on my “BucketList” and I’ll make it happen at some point. My coordination is off so I know I wont be as Dope as the DJ I am in my Head. Ha, because Yall gotta see my tricks and hear my flow. I’m SICK WIT’IT! *Trust Me* 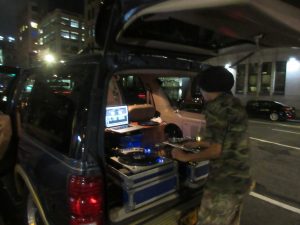 Anyway, to say this night was One of my Best Nights of the Summer, would be an Understatement. To our surprise, when we stepped outside, clearly, the party wasn’t over. DJ Supreme (@RealDJSupreme), had his Truck parked out front, which had turntables and a laptop in the back and he was mixing. Next thing you know, DJ after DJ started going innnn. I didn’t stay for it all but I was told NYPD finally shut it down abt 3-4a.m. Now That’s Some New York Ish at its Finest! Fresh Ta’Def!

and as always, SPREAD LOVE ITS THE BKLYN TYE WAY!

5 thoughts on “40th Anniversary of THE SCRATCH: In Honor of Grand Wizzard Theodore”