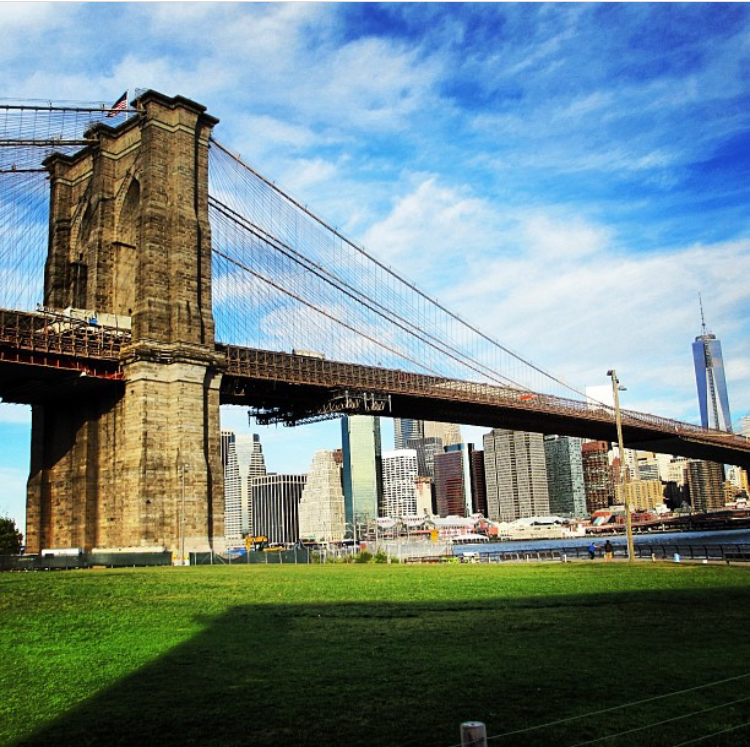 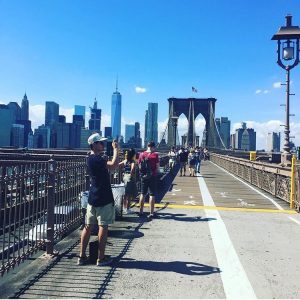 I’ve always been a “Walker” so my love for walking over the BROOKLYN BRIDGE comes as no surprise. The 1st time I walked over the bridge wasn’t planned or on purpose. Those who follow me on IG and (especially) Twitter know that I am a daily public transportation commuter. 85% of my week is spent traveling on New York City Transit System. (Buses & Trains). 20 years ago, on a typical day, as per usual the trains were acting up and I had a meeting at 250 Broadway which was HQ for my job at the time (NYCHA). We were only 2 stops away. However, I was still in Brooklyn and needed to be in Manhattan (The City/NYC) within the next hour. No announcements were being made to let us know what the hold up was or when we would be moving. So out of frustration I decided to walk the rest of the way.

I got off the ‘A’ train at Jay Street (Downtown, Bklyn) and proceeded to head towards the bridge. I was happy it was a nice, cool day and I figured, why not utilize the time to clear my mind. As I started on my way I noticed other people heading in the same direction by the time I got to High St. That would’ve been the next stop on the train had I stayed on. Its also the last stop in Brooklyn. There were men and women who wore business suits with sneakers on!!! That’s when it dawned on me that this was a ‘Regular” NY thing. By the time I approached the bridge, I was walking in the same directions as many others but there were also some people heading to Brooklyn. 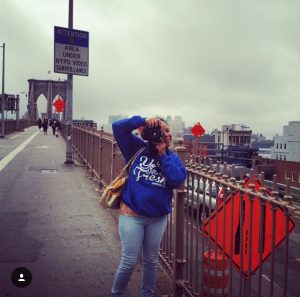 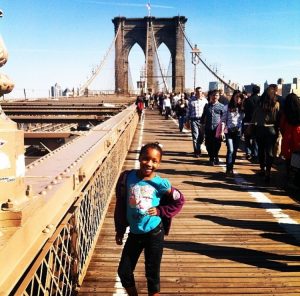 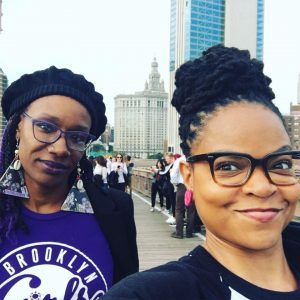 After that walk, this became a normal thing for me. For the last 10 years whenever my friends come to visit, mainly those who have never been to New York, let alone BROOKLYN, I warn them to wear sneakers and inform them in advance we will be walking over the Brooklyn Bridge. At this point its become a Tradition. I have some who have returned numerous times and they already fit this activity into their itinerary. It’s great exercise, its also a great way to do something fun and it doesn’t cost a thing. The pictures you can capture are priceless. 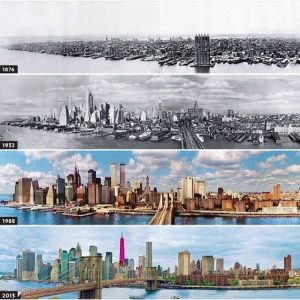 On May, 24th 2018, The BROOKLYN BRIDGE turned 135 years old. It went through many names in the beginning before initially being named on Opening Day back in 1883, “NEW YORK AND BROOKLYN BRIDGE.” It wasn’t until 1915 the bridge was Officially called “THE BROOKLYN BRIDGE.”

The Brooklyn Bridge takes drivers, walkers, Joggers, Bike riders, Tourist, from DUMBO Brooklyn, To CITY HALL in Manhattan or NYC to keep it short. I have walked over the bridge in either direction more than I have driven across. The time frame it takes me always varies depending on what my mood and purpose is. I like to stroll though. You never know what you will see on the bridge. I’ve seen weddings and Wedding photo shoots. I’ve captured amazing shots myself on the bridge as well as taking shots from under the bridge. 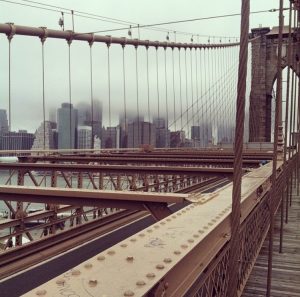 So, if you ever come to New York City, feel free to hit me up (BklynTyeNYC@gmail.com / @BklynTyeNYC) and make plans to link up and we can walk the bridge together. Below is a video I took on May, 24th 2018 as I walked over with my Heavy Hitter (my 11 yr old) in celebration of the Birthday Anniversary! And as Always…